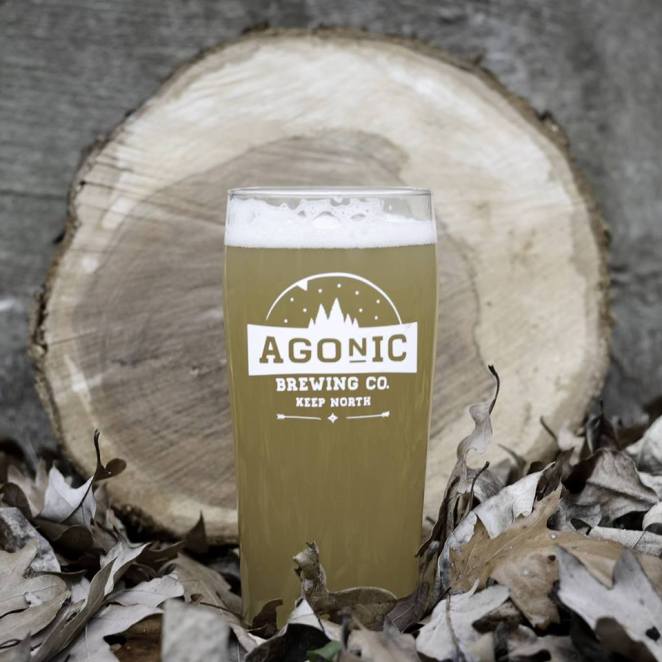 Putting Beer on the Map: Interview with Jesse Darley of Beer Cap Maps 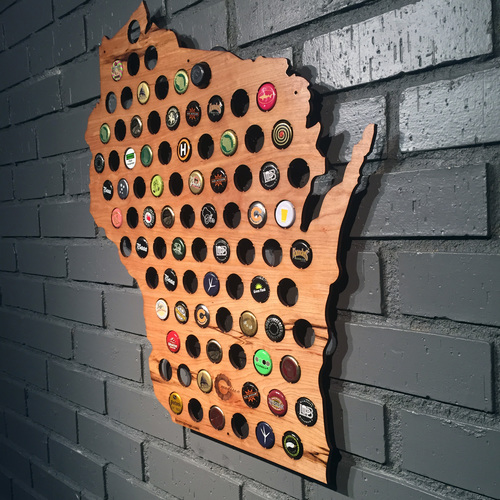 Click below to listen. Or check out Episode #8 on iTunes, Stitcher or Tunein. Cheers!!

The year 2016 won’t go down as a favorite in my book, but it did have some redeeming qualities—one being in beer.

Where to begin? I figure: Close to home.

In the craft beer desert of Rice Lake, Wisconsin, we finally have a place to get a decent beer. Opening in June was the White Stag, which also has awesome food and allows me to live my dream of playing trivia master once a month. In the vast world of beer, this is the biggest to me.

One needs a local watering hole, a place everybody knows your name–if you will. Every time I walk in, I see friends and also meet new people. After 6 years in a small city, this was well over due.

Soon, hopefully, local options will grow. Another taproom is nearing completion and, though setback-laden, there are plans to open a brewery in Rice Lake.

Elsewhere, the word uttered more and more is saturation. America now has more than 5,000 breweries, finally surpassing the number open prior to prohibition. But signs of an apex are showing.

A Wausau brewer noted it recently. The owners of Minneapolis brewery Harriet also used the term in explaining a decision to close. I just happened to stop at Harriet shortly before the announcement. Super chill atmosphere, live music and very good beer—I was surprised.

But in a market of many great breweries, some are bound to fall. I have an almost constant desire to make the 2-hour drive to the Twin Cities and hit a taproom or two. Many expansions in the metro give me hope that more may distribute here. Some that really caught my attention in 2016 were Urban Growler, Fair State, Sisyphus, Bauhaus… But there are so many I have yet to visit… sigh.

But I would be remise not to mention the great things happening in the Chippewa Valley. In Eau Claire, though Northwoods Brew Pub went south to Osseo, Lazy Monk opened a fantastic taproom and the Brewing Projekt finally appears to be on track to a major expansion. Brewster Brothers became neighbors with Leinie’s in Chippewa Falls. Even Cornell has brewery now. New distribution into northern Wisconsin from great brewers like Bent Paddle was also a big plus. 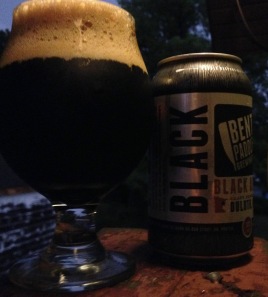 Looking at Wisconsin as a whole, the big action is taking place in Milwaukee. There’s a beer renaissance happening there big enough to attract the North American Guild of Beer Writers to hold its annual conference there in 2017, which I’m really looking forward to.

Mobcraft hopped ship from Madison, where the opening of Lone Girl and Rockhound brewpubs still produced a net increase in options in the Capital.

But back to Milwaukee—I enjoyed visits to Brenner, Urban Harvest and Good City in 2016. Good City appears to be well on its way, already distributing its Motto Mosaic-hopped pale ale. Breweries like 3rd Space, Westallion, City Lights, Broken Bat, Big Head, Like Minds and others give me much to look forward to in 2017.

All the same, it’s the veterans of the industry that I keep going back to. Lakefront’s My Turn series was a highlight at my local liquor store all year, with Evan Mexican Lager, Howard Helles and Latif double chocolate stout. Summit had a phenomenal 30th Anniversary lineup, including the Keller Pils, English Barleywine, Us & Them threads and Unchained Dark Infusion. The old standbys from Lakefront, Summit, Bell’s, New Glarus, Sierra Nevada and other craft beer pioneers are still among my favorites and constantly in my fridge.

Hop bombs, sours and barrel-aged beers—and combinations therein–remain ever popular, but more traditional styles like the Pilsner seem to be regaining respect as more new breweries release their own renditions. The year gave rise to the crowler as another awesome way to get beer from the brewery to the fridge.

I’m out of analysis and prognostications. Simply stated: What a great year for beer! The glass is full for 2017, and I’m just going to try and enjoy it. Cheers! 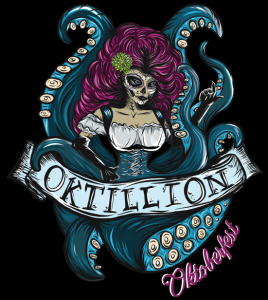 Not to be confused with this Disney villain—though we didn’t get her name right. 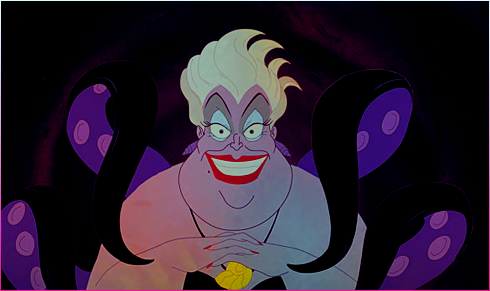 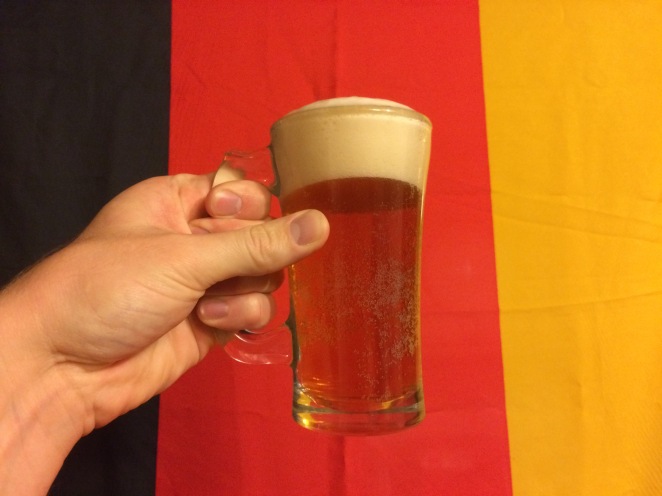 Drink up the best of Oktoberfestbiers before they’re out of season. 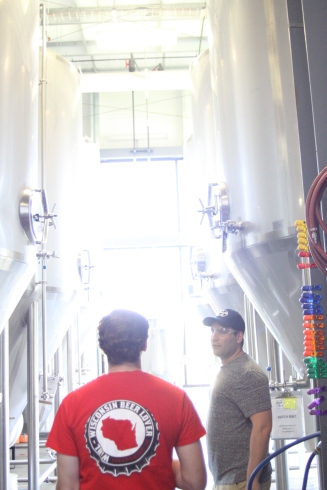 We gave a shout out to our good friends at the Handy Homebrew Show!

Matt Paulson of the Handy Homebrew Show and our very own Carl Cooley.

Kick back, uncap and listen to our full episode below. Cheers! 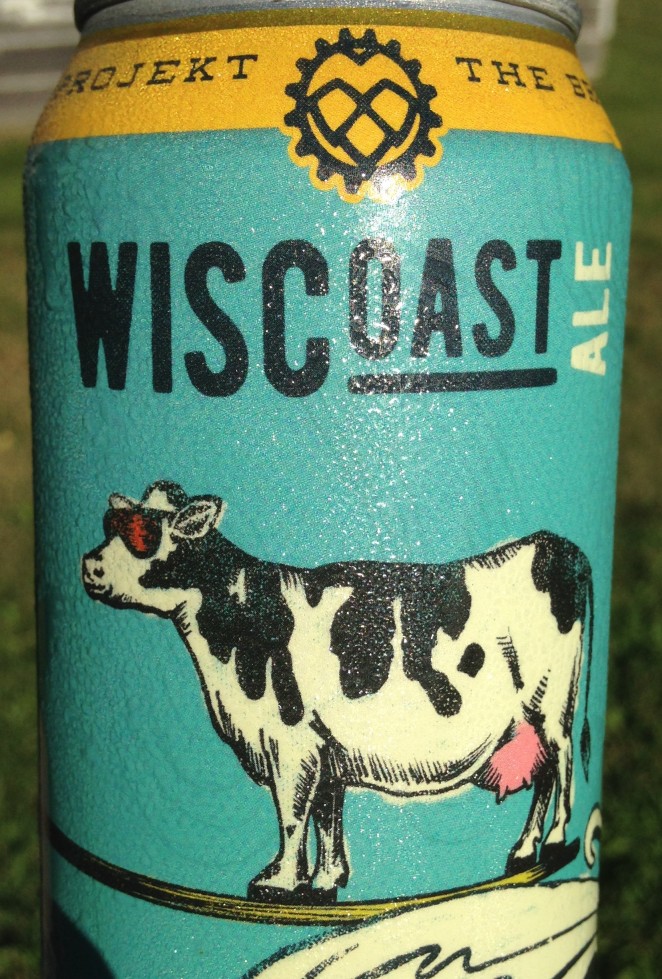 I am proud of the brewing scene in Northwest Wisconsin. Breweries are relatively sparse over a large area spanning from the Chippewa River to Lake Superior, but most of the dozen or so make great beer. Some are among the oldest microbreweries in the Midwest—South Shore in Ashland and the one and only brewery in my county, Valkyrie. More recently, Hudson, Hayward, Superior, Menomonie, Somerset and other towns have become home to some skilled brewers serving beer in distinct spaces with great character. Oh, and there’s good old Leinenkugels.

Soon, the region may have its first mid-size craft brewer. After months of negotiating terms with the City of Eau Claire—without little evidence of progress—The Brewing Projekt reached an agreement to move into a larger, vacant space across the street from its current site in the heart of Eau Claire. The news came after a rally attended by more than 500 people, including myself. What a fun affair, with music, great weather and a dozen style-shifting, flavor-packed beers on tap.

It had been an extra-long time coming for these brewers, who had to cut through a considerable amount of red tape just to be licensed to brew, in large part because owner William Glass also owned Fire House bar in Eau Claire.

But where there’s a will there’s a way. Now, the Brewing Projekt envisions its new space as a destination brewery. It is my hope that the “Projekt” will be a stepping stone to making Eau Claire a destination city for beer lovers. Though much different than The Projekt, a block down Oxford Avenue, Lazy Monk Brewing makes superb representations of classic Central European styles—more about that here. Further, K Point Brewing is growing on the south side, Brewster Bros. and, of course, good old Leinenkugels up the road in Chippewa Falls. There are many more within 30 miles of Eau Claire, all serving beer on par in quality as that of most breweries in Madison, Milwaukee or the Twin Cities.

But let’s get back to the beer. My first from The Projekt, and a delight during the dog days of summer, WISCoast Pale Ale is a good introduction to the brewery’s distinct lineup.

First of all, having grown up on a Wisconsin dairy farm, I’ll drink anything with a cow on it. Citrusy hops and wheat make this an incredibly fruity, refreshing beer. The Brewing Projekt states, “Crafted to be wickedly crisp and totally refreshing.” Agreed.

Don’t wait for the expansion to visit The Brewing Projekt. Make a day or weekend of it. Eau Claire is very cool.

“Faulkneresque” as in William Faulkner 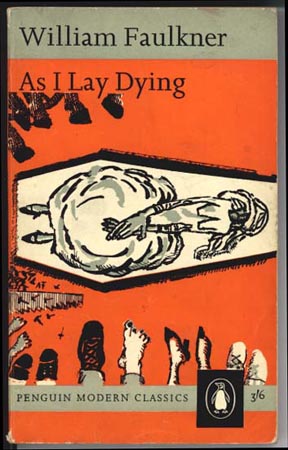 “The cover of this edition is particularly effective in summarizing both plot and character. Addie Bundren has died and her family is carting her coffin to Jefferson to be buried with her people. The macabre funeral journey faces natural catastrophes of flood and fire as well as an intense family struggle. Her husband (Anse) and her children (Cash, Darl, Jewel, Dewey Dell, and Vardaman) all have their own agendas as they travel toward the burial. Cash makes the coffin and carries his tools with him; Jewel’s treasured horse serves several symbolic functions in the story; and they travel, coffin and all, in a wagon drawn by a team of mules.” 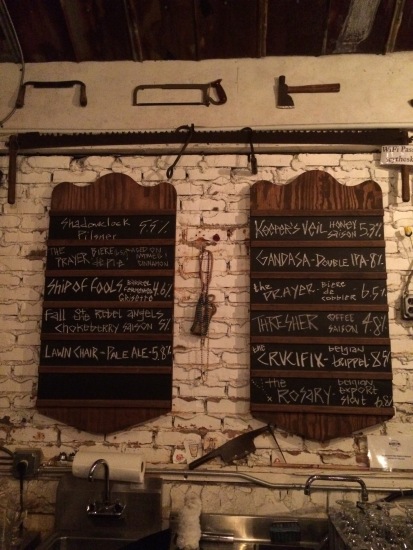 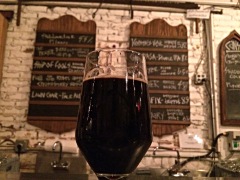 Asheville beer scene lives up to the hype, including Sierra Nevada. 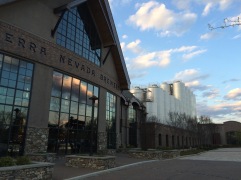 By “Going to Stout” we mean the University of Wisconsin-Stout.

This is a cask beer engine.

Here’s another classic in our book. 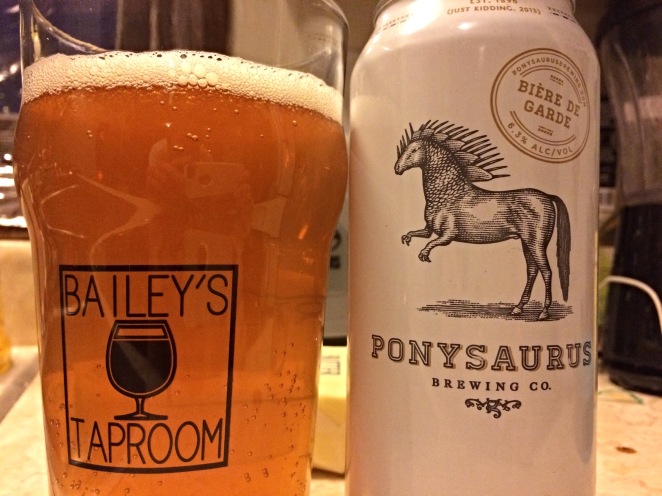 I have returned from vacation refreshed in mind and body. Helping me remain in this state is trunkload of North Carolina beers procured during a few days in Asheville.

Naturally, I had to feature something from the Tar Heel State on this blog. It is North Carolina Craft Beer Month after all.

I had long thought of visiting Asheville, not only for its reputation for tasty beer, but for its great food scene and outdoor recreation—I had a blast mountain biking and hiking.

I picked North Carolina over other options like Colorado, Montana and Michigan, thinking it would be the warmest option in early April.

But when the time came to leave, news dropped on the state’s new law making it illegal for transgender people to use the public restroom of the gender they identify with. I read up on the issue, and it seemed to me that this law was altogether unnecessary, insensitive and discriminatory.

I considered a sort of protest of the law, by changing course and not visiting North Carolina.

Ultimately, I decided not to hold it against the whole of the state, where there are in fact many friendly people.

Case in point is this plan for breweries to collaborate on a beer called Don’t Be Mean To People: A Golden Rule Saison. This is basically a protest beer of HB 2, the bill that led to the discriminatory restroom law, and all proceeds from its sales benefit organizations supportive of the LGBT community.

The beer will be brewed by Mystery Brewing and Ponysaurus Brewing in Durham, North Carolina. I was nowhere near Durham, but did grab four tallboys of the Ponysaurus Biere De Garde while in Asheville.

Graphics on the can, which are all kinds of awesome (see below), indicate that the “beer to be guarded from thieves” is made from barley, wheat and rye with “aromas of pear, almond, and vanilla, you know, abound.” These statements ring true. The flavor is funky French. Flavors of fig, pear, banana, toast, clove and nutmeg kiss the tongue, while it finishes dry and alcoholic.

This Ponysaurus creation leaves me confident Don’t Be Mean To People, which is set for release in May, will be a forceful beer in flavor and support for this nice cause.

Is it the best beer I had in North Carolina? Hard to say. Further tasting consideration is required—only had 3 days between drives to and from Wisconsin. Sierra Nevada offered a delicious Ovila with cherries as well as two great saisons in Audition and Peppercorn. Highland’s Saw-Whet Saison may be better yet. Burial Beer Company was impressive with its Shadowclock Pilsner and The Rosary Belgian Export Stout. I had originally intended to write about the marvelous Hi-Wire Lager before reading of the friendly collaboration between Ponysaurus and Mystery Brewing.

A big cheers to them. I hope for a chance to drink Don’t Be Mean To People, preferably with some of that great barbecue they have down there. For now, I’ll down this Biere De Garde before some fridge bandit gets ahold of it. 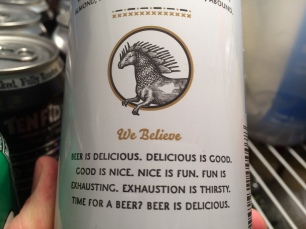